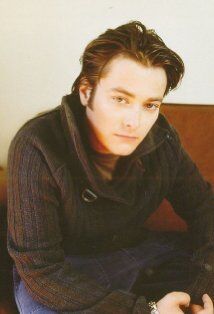 Edward Furlong plays the character Tupper in the Green Hornet.

is an American actor whose best known film roles include John Connor in Terminator 2: Judgment Day and Daniel Vinyard in American History X. He is a two-time Saturn Award nominee, winning the 1992 Best Performance by a Younger Actor award for his performance in Terminator 2. He also won the 1992 MTV Movie Award for Best Breakthrough Performance for his work in the film.

In 1991, Furlong began his film career as John Connor in Terminator 2: Judgment Day. He was discovered for the part by casting director Mali Finn while visiting the Pasadena Boys and Girls Club. Furlong had no acting ambitions. He has stated, "I fell into [acting], it wasn't something that I planned". He followed this role with a string of moderately successful high-profile films and indies, sharing the screen with Meryl Streep and Liam Neeson in Before and After; Tim Roth, Maximilian Schell, and Vanessa Redgrave in Little Odessa; and Anthony Edwards in Pet Sematary Two.

In 1993, Furlong was featured in Aerosmith's music video for "Livin' on the Edge". This was also the only major Aerosmith video from Get a Grip not to feature Alicia Silverstone. He played the lead role of Michael Brower, a horror and videogame-obsessed teen in the 1994 film Brainscan. In 1995, he starred in the film adaptation of Truman Capote's The Grass Harp.

In 1998, he starred in American History X alongside Edward Norton and appeared in his first comedy role in Pecker, directed by John Waters. Of his title role in Pecker, Furlong stated, "It's true most of the characters that I've played so far are kind of like suicidal. Really dark roles, which I like. But I wanted to do something different and John gave me a chance to do that."

In 1999, he starred in the film Detroit Rock City. During filming he met Natasha Lyonne, whom he then dated.

In 2000, Furlong played a young convict in Steve Buscemi's film Animal Factory. The following year, he took a role in I Cavalieri che fecero l'impresa aka The Knights of the Quest, a film by Italian filmmaker Pupi Avati. Furlong worked steadily over the next few years, acting in five other films between 2003 and 2005.

In 2003, Terminator 3: Rise of the Machines was released. Despite having played the role of John Connor in Terminator 2, Furlong was not cast to reprise the role. Instead the part was played by Nick Stahl. Furlong later stated, "It just wasn't the time. I was going through my own thing at the point in my life – whatever, it just wasn't meant to be".

That same year, he appeared in a music video for Metallica's "The Unnamed Feeling".

In 2005, Furlong played the lead in the fourth film in The Crow series, The Crow: Wicked Prayer, alongside David Boreanaz and Tara Reid. The film was planned for a theatrical release, but eventually went straight to DVD. Despite this, Furlong was optimistic, stating, "I feel through word of mouth people will find it. There's a huge base for Crow fans. Just from what I've seen on the Internet, people are really excited about it. Personally, I say it's the best one since the first one".

In 2006 and again in 2010, Furlong appeared as a guest star on five episodes of the television program CSI: NY as character Shane Casey. He starred as Jimmy in Jimmy & Judy that same year, during which time he met Rachael Bella. The two became romantically involved and later married.

In 2011 he will star in "This is not a Movie", a Mexican production spoken in English, written and directed by Olallo Rubio and co starring Peter Coyote and Edi Gathegi. The film is scored by ex-Guns N' Roses guitarist Slash.